No one can kick better than a horse. Well, some creatures do, I suppose … The heavier the being, the bigger the force behind the kick. And I’m not heavy for a horse – light bones and all, so my wings can hold me up.

But while you’re fighting the Protector of the Balance, no one can kick you better than me; me being Her mount, I’m always around. I have to be. Shape-shifting seems like a tiring work, and She has to be smart at it, having only two shapes a day to choose from. So, someone has to carry Her far and wide – and that someone is me.

Pegasus they call me, or Peggy for short. But only She can call me that, anyone else makes it sound like a mock! A girl’s name they say, and I’m not a girl. A stallion is what I am! Well, a petite stallion, but what can one expect – I have to spend a big portion of my time in the sky.
So, Pegasus, alright? After the old myth, see. Except that Pegasus probably wasn’t real. I mean, point me a horse that doesn’t panic at the sight of a three headed beast. Ha, you can’t!
Now, me, I stick close to the five foot tall, teenage, seemingly-human girl – the Protector. The last gift of the gods. Which is horseshit, because they created us at the same time. But She fights while I run and sometimes kick in panic, so I suppose fair is fair. But this probably isn’t a good time for my chitter chatter. I’m loud – or so they say – but I know when to shut up and act.

I kicked the screaming fool in the side as he was facing Her, and reared up. My front hoof planted on some bastard’s face in the process. I let Her mount me, only spreading my glorious white wings when I was sure She had a tight hold on my mane. No reins for me, none needed as we communicated with more than words, almost telepathically connected with years of mutual cooperation.

“Let’s kick those wyvern-riders’ asses!”
“Wait, what?” I started as my body took to air. She meant some other wyvern-riders, right? Not the five that were actually riding wyverns above us right now. Wyverns that have a nasty tendency of having fifty foot to their wing-span, deadly claws both on their feet and on the tips of their wing-bones, and a habit of spitting poisonous acid in your face.

I couldn’t hesitate, though, because She screamed in the face of a very premature victory. And that usually draws attention. Thankfully, wyverns were of the cliff and not cave kind – bad at hearing, unfortunately great at seeing. But their riders were good at both. I could see some of them leaning from their saddles to look at what was happening in the camp below. And just like that, our cover was blown.

Time to go.
I flapped to create wind under my feathers and took off towards one of them, planning to dodge under, preventing others to chase me and risk collision, or spit and risk burning one of their flight. I would be up and away like a fly on a horse.My other half of the duo had some other ideas. She pulled on my mane – and yes, I followed the move on my own free will; I might have had my escape plans, but if She wants to go head-first into danger, I’m the one who makes sure She gets there safely. I rose up, coming close from underneath.

When we passed the rider, I made sure to deliver a hearty kick, knocking him out. He remained strapped to the saddle, but his limp body couldn’t do much damage, and the wyvern was left to its own less-intelligent devices. Its head turned towards us, but the reins attached to the saddle kept it on a short leash.

Escape was just up ahead and we had plenty of head-start, but of course the Protector had Her blood pumping with thrilling adrenaline, and safety was never Her top priority. She slid from me as my hoof made contact and fell past the unconscious rider, rolling on the leather skin, falling on towards Her death. I neighed in panic and made to turn. She caught herself on the back end of the wyvern just below. The first wyvern felt the touch and turned its head downward, opening its head-flaps and spat the stream of burning acid after Her. She was a bug on its comrade, though, and the second animal turned, getting its side full of mucus that hastily ate at it. Its rider screamed, and the animal screeched, but She remained quiet and ran towards the end of the tail. She dropped, grabbing it with something more than hands as
the beast buckled, its tail swishing.

She released on the upper arch and I made to catch her, only to be used as an additional spring as she jumped towards the next nearest enemy, changing.

I barely righted myself before the air flow of the two colliding wyverns could tackle me from the air. Two down, three to go. The Protector’s shenanigans weren’t new to me and I searched for Her in the empty air with no purchase, hoping She changed into a being that possessed something akin to wings.

No such luck. Her body that of a small mountain lion – all lean muscle, strained to keep Her limbs open, presenting a wide frame to catch Herself on her target. All claws and teeth. At least Her trajectory was on point.

Her touchdown was on the back of the third creature, tackling its rider. The collision snapped the safety straps. I didn’t see what She caught herself on, but She didn’t fall with the rider, which was what mattered to me. The beast took no extra time rolling upside-down. She hung from it, clung to the empty saddle, looking irritated. Not afraid, never afraid at the large and savage. That part belonged to me.

I flew to Her, keeping enough distance to barely feel safe. Checking if I was faster than the acid-spitting son of a lizard before I flew closer.
“Need help ..-?” Getting out of here? She was already answering.
“Yeah, get it to fly towards the other two!”
Not what I meant! That was totally NOT what I meant!
“Can’t we just leave?” I asked desperately, but the creature next to me turned again, carrying Her away.

I saw it twist in the air, and had to dive to gain speed, lifting again once I was fast enough to escape it. Growls and hissing followed me as the beast searched for what was supposed to be there, ignorant of the large cat clutching at its saddle.I neighed rather loudly to – curse me – gain its attention. It worked. Perhaps not the sound, but definitely the flailing of the white spot not more than one bite away.

I could hear my own heart thumping as one eye zeroed in on me, the snake-pupil widening at the sight. I didn’t wait, but got my ass out of there. And it followed. I screamed then in truth, my eyesight blurry from panic, my legs pushing forward like they would if I ran. As soon as I saw the two approaching me from the other side, I screamed louder and dived to get away,
the sound trailing behind me. My throat ran dry, I felt my nose blister.

As I turned my head to the side to look up, I saw three titans colliding. A cat jumped from one to the other. A wild kind of laugher echoing after the roars paused. Acid dripped around, not just as saliva, but as red-green blood. I could smell the stench, and I rose above the commotion to get out of the way. She opened someone’s front with Her claws and the man hung there, dead while clutching his own intestines. Then, as a human girl, punched the last one in his face; Her small fist making contact with the eye. It knocked him back, but still he reached for the dagger at his side, ready to hurt.

I crashed into him full force. She had enough sense to grab at me as I passed Her and then we fell. It was a long fall. Full of feathers and limbs, and chaotic roaring chasing us. But this was not my first rodeo. With a bit of effort and straining of muscles, I sailed close to the ground, than soared not four feet above it.

The Protector safely on my back, clutching and hugging my neck. Needing protection from the
consequences of Her spontaneous decisions. And I was there to catch Her as she fell and take her home, like always. Because here’s the kicker: even The Protector needs a protector.

3. mesto Aleksandra Marković - Survival is more important than the truth 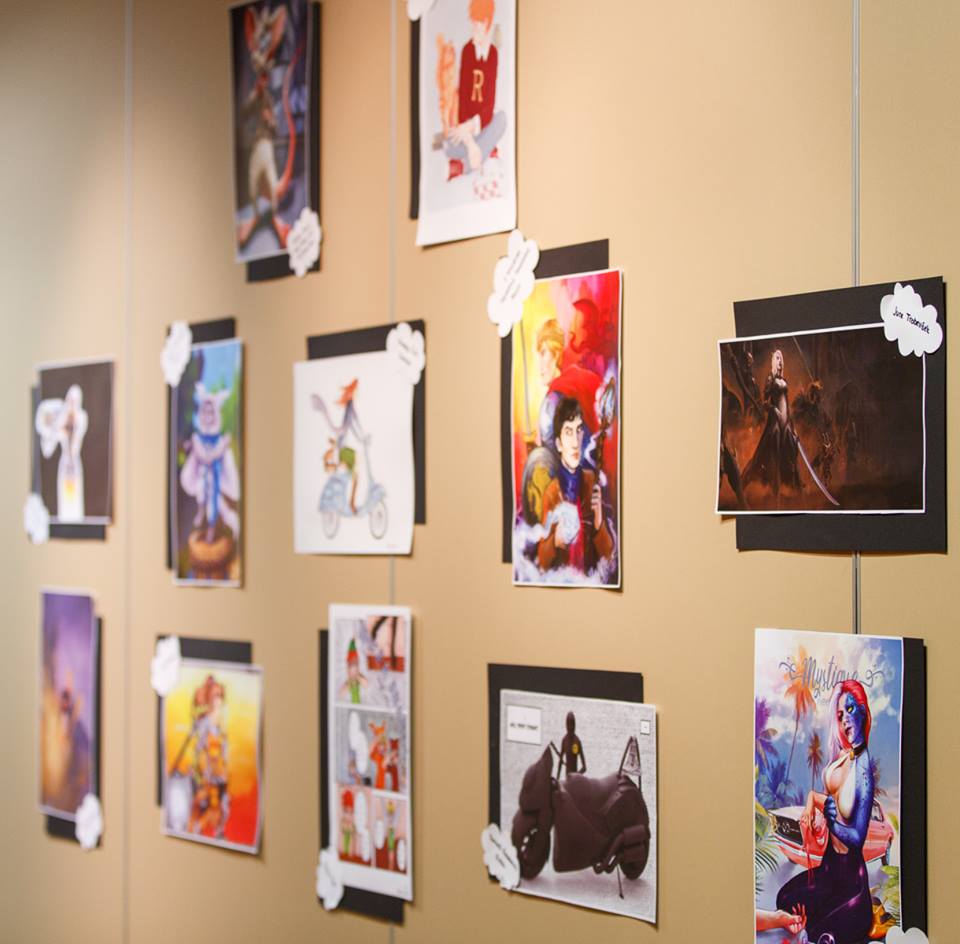